Conciliation is an alternative dispute resolution process whereby the parties to a dispute refer a dispute to a conciliator. The conciliator generally meets with the parties both separately and together in an attempt to resolve their differences.

The Standard Irish Forms of Building Contract provides for conciliation as a dispute resolution process (as per the example above). Whilst arguably it is likely that with the commencement of the adjudication procedure, under the Construction Contracts Act 2013, will reduce the use of conciliation, it still provides a useful procedure to settle parties differences. Each party is responsible for their own costs and are jointly and severally liable for the cost of the conciliator.

In addition, Mark Etherington is on the Society of Chartered Surveyors Ireland (“SCSI”) conciliation panel and is available to act as conciliator.

13.1.1 If a dispute arises under the Contract, either party may, by notice to the other, refer the dispute for conciliation under this sub-clause 13.1. The notice shall state that it is given under sub-clause 13.1 of the Contract.

If both parties are willing to engage, conciliation offers the ability of introducing an independent third party to facilitate discussion, or alternative make a recommendation on the merits of the case.

ACUA can review your issues, and provide an early assessment on your contractual entitlements.

ACUA can substantiate your entitlement, draft opening statement and assist you throughout the conciliation process.

Mark Etherington can act as conciliator. This can be with agreement by both parties, or, application to the Society of Chartered Surveyors Ireland, requesting such appointment. 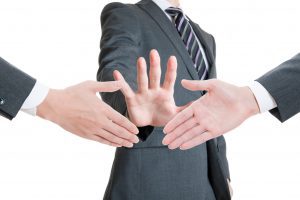 Some information on Conciliation: